IT recruiting and Emotional Intelligence #1 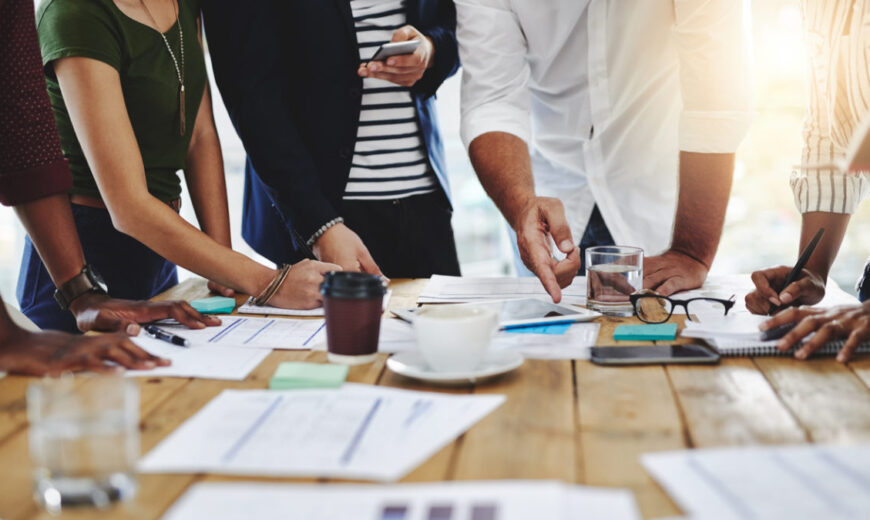 What can be the link between IT recruitment and emotional intelligence?

How can such a technical field be related to something so subjective as emotions?

In the present article and following to sequels we will see together how the two concepts are actually closely related and the result and performance is in close connection with certain practices and strategies on an emotional level. More than mere connection, my strong belief is that IT recruiting is more about emotions and self-management, rather than certain skills needed. I will explain later on why and how.

What are the differences, how we can implement the most useful practices and how we can defend ourselves from shortcomings, we will find out further in the article.

What I chose to do in these articles, was to bring together two different realities, rarely seen together: hard based psychology and IT recruiting. While we are filled with pop concepts about emotional intelligence, I chose to structure the whole idea on proven and measured concepts about dimensions and factors of EI, and for that I chose Reuven Bar-On’s EI self-reporting test (the most worldwide validated test on measuring emotional intelligence).

So, let us begin!

What is and isn’t emotional intelligence?

According to Reuven Bar-On, author of the oldest emotional intelligence test, EQ-I, this is „a group of abilities, competencies and non-cognitive skills that influence the person’s ability to adapt to environmental demands and pressures”.

The concept was not invented by Daniel Goleman, contrary to what is widely known, the author of 1995 books „Emotional Intelligence” taking over concepts already existing previously in psychological literature.

Peter Salovey and John Mayer came the term “emotional intelligence” in 1990, describing it as a:

“Form of social intelligence that involves the ability to monitor one’s own and others’ feelings and emotions, to discriminate among them, and to use this information to guide one’s thinking and action.”

Actually, Daniel Goleman is rather credited to broadening the concept of emotional intelligence to such an extent that is no longer to be considered scientific or a measurable concept. From what had already been seen in scientific psychology community as “social intelligence”, “functional intelligence” or even common wisdom, it became the corner stone of every discussion about emotions and even personality. The truth is that concepts like personality, emotional intelligence, motivation, became so overlapped that partially diluted themselves. Is this something good or bad, not the place or time here to decide.

What is emotional intelligence made of? What is its structure? How is it to be measured?

Definitions and paradigms differs very much (thank you Daniel Goleman for making popular a concept that is even for psychologists hard to define….the dog is already out, too late now for making conceptual constrains in pop psychology. Daniel, thank you also (sic) for creating the confusion, amongst nonprofessional community, between empathy and emotional intelligence!).

That is why, we had to decide on Bar-On’s model

The author proposes 5 big dimensions EI is split into:

Where does IT recruitment come in place in this context?

I would say for those that never got a touch with recruitment that it can be described in as many attractive images and colors as possible, but on thing must and should be stated from the very beginning: recruiting means stress! And nowadays one cannot talk about stress management without mentioning emotional intelligence.

What kind of stress and how much? That kind of bad one (distress) and a lot of it! If anybody will ever tell you that recruiting has nothing to do or too little to do with stress, you could as well answer, “va tutto bene, caro Pinnochio, ti credo! C’est bon Cirano, je te crois! Es ist alles in Ordnung Herr Munchausen, ich glaube, Sie”, but for God’s sake, do yourself a favor and find a more sincere professional!

Recruiting is high value selling, you sell your prospects added value for their future having fierce competition. You either are one of the best, or you are on journey of suffering and frustration. Other recruiters will almost always take you best candidates right from under your nose!

Recruiting is high value selling, you sell your prospects added value for their future having fierce competition. You either are one of the best, or you are on journey of suffering and frustration. Other recruiters will almost always take you best candidates right from under your nose!

Next year I will be having 20 years since I started working in recruiting and personnel assessment and during these years, I have seen so many times how this profession can crush egos, bend self-assurance and temper self-esteem. Who am I kidding, I’ve seen young professionals being relieved in admitting that this is too much for them, and, as intriguing as it might seem, they felt better acknowledging that they are not up to the task. Can you believe that?!

What about IT recruiting tough? Well, I would enjoy the first to be happy to tell you that things are not so fierce in IT, as I am CEO of and IT recruiting agency. The truth is, IT is the most cruel and quickest executioner of low emotional intelligence personality type ego professionals. If one might have a chance of properly facing stress in general recruitment, in IT things go even worse.

The industry itself is a nerve racking one. Projects come and go before they even start, requirements change just when they were adopted, technologies change with an ever increasing speed so that, basically, you become an expert by the time you might already retire! 😊

How does IT recruiters experience all these?

First, when recruiters are presented the project, it is already late, and urgency is just a nice way of seeing “I need those candidates like yesterday!”. They have to “sell” legacy code plagued jobs to candidates that are consuming only the latest frameworks and programming languages.

First, when recruiters are presented the project, it is already late, and urgency is just a nice way of seeing “I need those candidates like yesterday!”. They have to “sell” legacy code plagued jobs to candidates that are consuming only the latest frameworks and programming languages.

When they approach their candidates, it is a norm to always have a difficult one, the rule of the rude, I would say! I saw once a half page reply from candidate to one of my colleagues, that I could literally feel my ears exploding just imagining hear him shouting.

Let’s assume that all goes well to the stage of presenting the proper candidates and job offers are made to them. Happy recruiter, wouldn’t you say? Not so much, as if you are dealing with a valuable highly skilled candidates, some other recruiters are hunting them too, and also, they are likely to get offered better salaries by current employers too. Even worse, the whole process sometimes gets staged by what I call as “fake” candidates in order to obtain better salaries on current job. By now, if you are in the midst of all this, you might be already wondering “why is this happening to me? What am I doing wrong?”. For God’s sake, let’s be honest about it: your candidate can sign the labor contract with your customer, just to decide a day before to ghost you and your customer! Are you still here? 😬

In my experience I have seen numerous promising recruiters counting offered candidates as job closed. They were taught lessons that reality did not agree with them!

I have seen nerves break downs, tears, disappointments, up to nearby depressions. “I cannot do it anymore! This is not for me! It makes me depressed in my personal life too! My head is hurting me most of the time!” are just but of few of what I witnessed.

Is this the reality of IT recruiting? Yeap, it is, the naked one, but fortunately not the whole one. There is a happy an glorious side to this story and profession.

As much as IT recruiting crushes the “bones” and egos of those not fitting, it lifts, empowers and give enormous satisfactions to those that are naturally born, or ambitious enough for this profession.

Those that failed, gave up, could not bear anymore, felt like they had to protect and preserve their self-image and get out ASAP are only a part. Another part are those that understood the norms of the industry, they adapted and decided that continuous learning is not an option, but the only option. Learn, grow, expand your confort zone and you will succeed! Chose otherwise, and you will get in a situation where others and context is always to be blamed.

Continuous learning is not an option, but the only option. Learn, grow, expand your confort zone and you will succeed! Chose otherwise, and you will get in a situation where others and context is always to be blamed.

How are these two categories different from the emotional point of view? How do they treat nearby events, opportunities, and difficulties different from each other? How can one lead to succes, performance and satisfaction, and the other set of strategies to failure, frustrations, and other blaming strategies?

In the following articles I will present you how all these can relate to each other in order to aim for success and achieve, or the opposite, to prepare for failure.

I am Radu Bonchis, CEO and Founder of AMS Human Resources, an IT recruitment agency, and I love sharing with you untold stories about IT recruiting!